It’s 2014 and my resolution is to start putting out more information for everyone about various mental health related topics.  To get things started I thought I’d talk about one of the most common emotional problems people struggle with: anxiety!

Anxiety is caused by a belief that some negative outcome is associated with a future event.  For example, that I’m going to fail my exam next week, or that the lump I’m in my throat means I may have cancer.  Though we often think of anxiety as a “negative” emotion, it’s actually quite useful.  For example I may study really hard for that exam and do well in it, or my anxiety may motivate me to go get checked out and catch a nasty illness early and get the right treatment.  At least that’s the “intent” of anxiety, it’s supposed to motive us to take action to avoid the nasty outcome we fear.  Anxiety (and indeed all emotions) are meant to be helpful.  They give us information about the world in a general way and our job is to make sense of the emotion and come up with solutions to improve things.

But what if the thing I’m worrying about isn’t real, or doesn’t have an easy solution?  What if I have a pattern of thinking that I’m going to fail even if I always do well, or what if that pesky lump in the throat keeps coming back because I’m anxious about having cancer all the time?  In other words, what if the disaster I’m envisioning is illogical and a creation of my mind?  Whereas in the “good” anxiety examples above, I was able to do something and resolve the issue and happily go on with my life, the latter examples have no resolution because I will just come up with new things to worry about faster than I could deal with them.  This is what it means to be suffering from an anxiety disorder; a never ending (and often worsening) cycle of things to worry about.  We sometimes label these thoughts illogical, or give them fancy names like “cognitive distortions”.

I wanted to talk a bit about why smart, logical people persist in having illogical thoughts that do them harm (or at the very least bother them quite a bit).  Take the person who worries daily about having cancer or heart problems despite constant assurance from Dr.’s that she’s fine.  I recently asked a patient suffering from something similar to this how they’d feel if a friend told them they think they have cancer.  Of course they’d be concerned.  Ah, but what if your friend was assured by Dr.’s that she’s fine, and then she thought she had a heart condition, and then cancer again, etc. etc. My patient had no trouble eventually coming to the conclusion that her friend is being a hypochondriac.   Indeed, we typically can easily identify other people’s illogical beliefs and cognitive distortions, so why do we struggle so much about our own?

The answer to that question is simple.  It’s because our perceptions and beliefs about things appear real to us and indeed define our reality.  If I truly believed that someone hates me, that belief would be as real to me as my belief that it’s daytime outside.  Our brain is programmed to take our perceptions for granted and not to challenge them (though we are certainly capable of doing so).  In fact, there is no internal way to distinguish a real belief from a false one.  They both appear equally real to the believer.  What’s all this have to do with the Trojan Horse?  Well, we’re getting to that.

Our minds can certainly make us feel miserable at times, but it it is well intentioned.  Fears or worries serve to protect us, and that’s exactly what the brain does; it tries to protect us by telling us to stay away from the feared object.  This is how cognitive distortions are like the Trojan Horse.  They appear benign and even helpful, so we take them in and accept them, but in reality they are destructive. Unfortunately our brains are not well designed to tell the difference between a “real” vs. an “illogical” belief and treat them both the same.  This is why simply being told to stop worrying about something doesn’t work:  it’s not logical to stop doing something that appears to protect you!  We need tools, taught through therapy, to teach us to separate rational from irrational fears and worries and to begin treating them differently.  Only then do we return the balance to where anxiety can once again become that useful and necessary emotion and not the destructive and debilitating one that it has become. 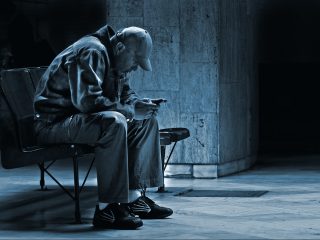 Previous Post (p) What You Need to Know about Video Games, the Net, and Addictions 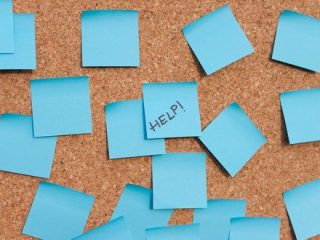 Next Post (n) ADHD and the Pressure Valve Principle!