George, my imaginary friend, has given me permission to share with you some stories about his life to help illustrate some concepts I want to discuss.  George and I hope that if you see some similarities in your experiences, you’ll gain some understanding about why you’re having that experience.

A while ago George, (while watching an old episode of X-files with his girlfriend), had a brilliant idea for a topic for his upcoming sociology term paper.  He excitedly told his girlfriend all about it just as Scully was about to solve the case, and jotted the idea on a sticky note, then got up to get some pizza, and decided to call his friend Karen while he watched the rest of the show.  The sticky note was diligently moved from the coffee table to the top of a pile of school papers, which got moved to his desk, and through some odd series of events best left unexplained was last seen walking away stuck under the shoe of a shopper in a nearby shopping mall.

During the next few weeks, George had several more brilliant ideas for the paper, he even started researching one of his topics in a moment of inspiration, but he forgets where he jotted down his research.  George began feeling a growing sense of dread and anxiety a week before the paper was due, which got worse every day, and finally three days before the due date (after deciding that asking for an extension due to illness was not going to work) a switch went off in his brain.  He went to the library and sat in a cubicle for six hours, completed his literature review, outlined a panicky derived idea, and working 14 hours per day for the next two days, completed his paper.  At the end, he felt exhausted, but elated.  There was a deep sense of accomplishment, strengthened when he received an A-.  That night, George wrote down his idea for a book he wanted to write on a sticky note while making himself a ham and cheese sandwich…

George’s pattern of doing things, which should be instantly recognizable to anyone with ADHD, is what I mean by the pressure valve principal.  George’s mind is almost incapable of starting or completing a project unless he feels a great deal of pressure about that project.  The pressure often gets built up as a result of a fast approaching deadline, or an unhappy boss, or nagging partner, etc.  At times people develop internal sources of pressure, such as a strong need for accomplishment.

The ADHD mind, when properly motivated, can actually switch from a paralyzing inability to focus and function, into a hyper-focused machine capable of getting a great deal done in a short period of time.  If I graphed most people’s level of activity and output, I may see a relatively flat line, but the graph for the ADHD mind swings up and down like a yoyo.  Let’s look at this pattern more closely to see if George should maintain it or try and change it.

George received a great deal of positive feedback from the above pattern.  He got an A- and he only worked on the project for three days, while most of his friends spent a few weeks working on their paper and got the same grade as George.  George’s friends expressed some disbelief and jealousy about how George could accomplish that paper with only three days effort when they had to work on their project for three weeks.  This makes George feel superior and smart, and made it more likely that he’d do the same thing next time.  The problem is that in life we don’t always have externally set deadlines to help build that pressure.  For example George’s sticky note about writing his book never turned into an actual book, because there was no deadline for the book, and therefore no building pressure.  In fact, his inability to get going on his book and many other projects over time have made George doubt his abilities and have made him feel badly about himself.  While everyone praised him in University, George is now seeing that all the friends he used to feel superior to are now doing better at their jobs than he is, he just doesn’t know why.

George’s problems aren’t because he’s not smart, he needs tools to help him overcome the pressure principle.  It’s never too late! 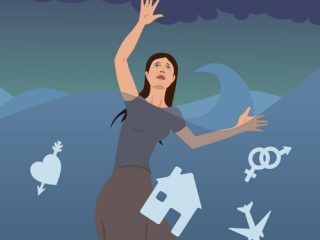 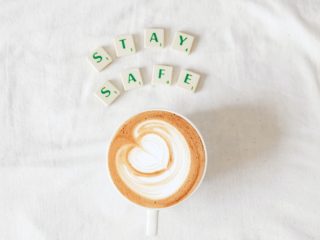 Next Post (n) Coping with COVID19 Isolation for families and individuals